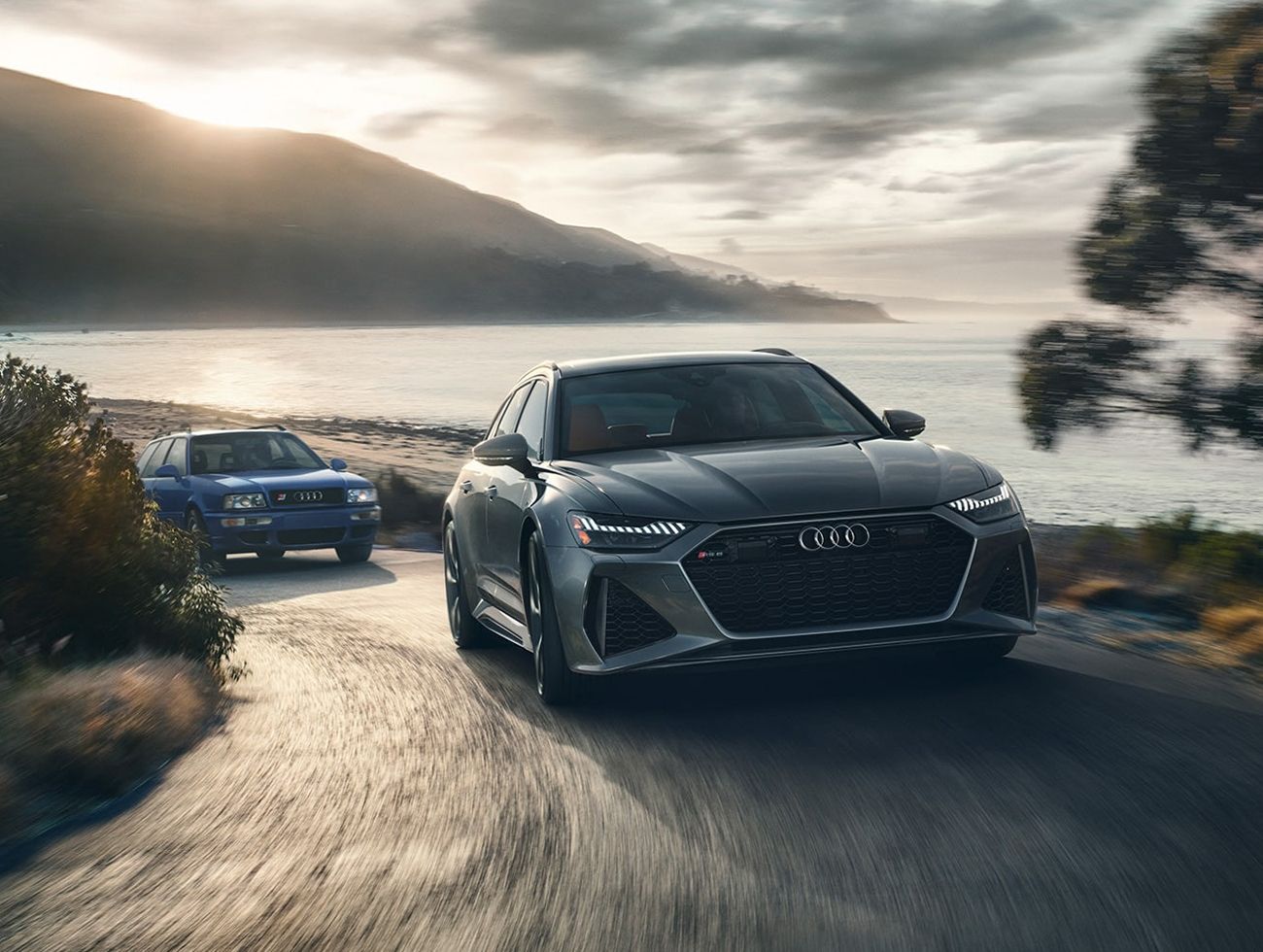 Audi has always been obsessed with tech. And that obsession shines bright when it comes to its high tech automobile lighting systems.

In short, Audi has some of the best lighting systems in the world today.

Also read: Does Your Luxury Car Need A New Battery? 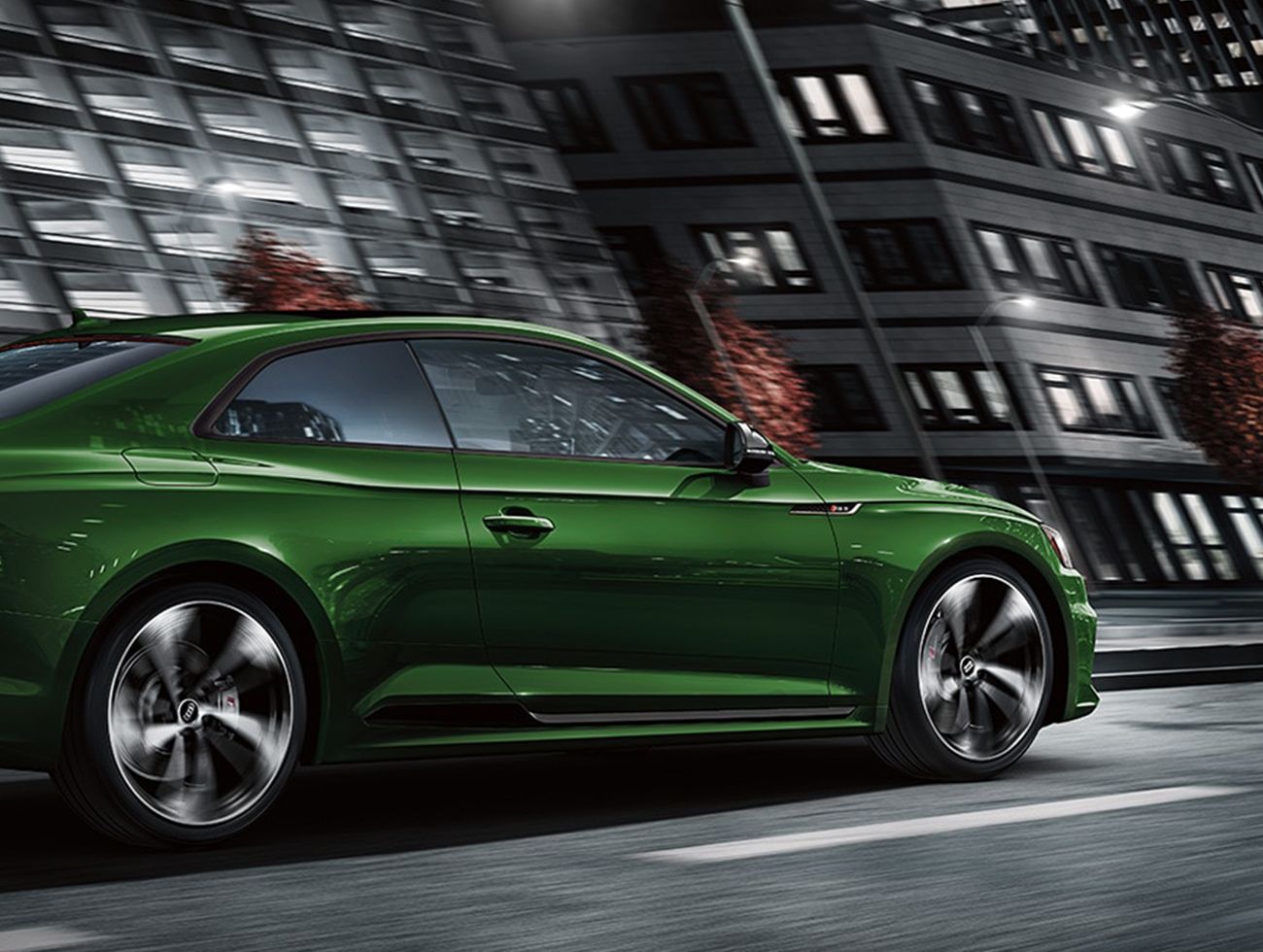 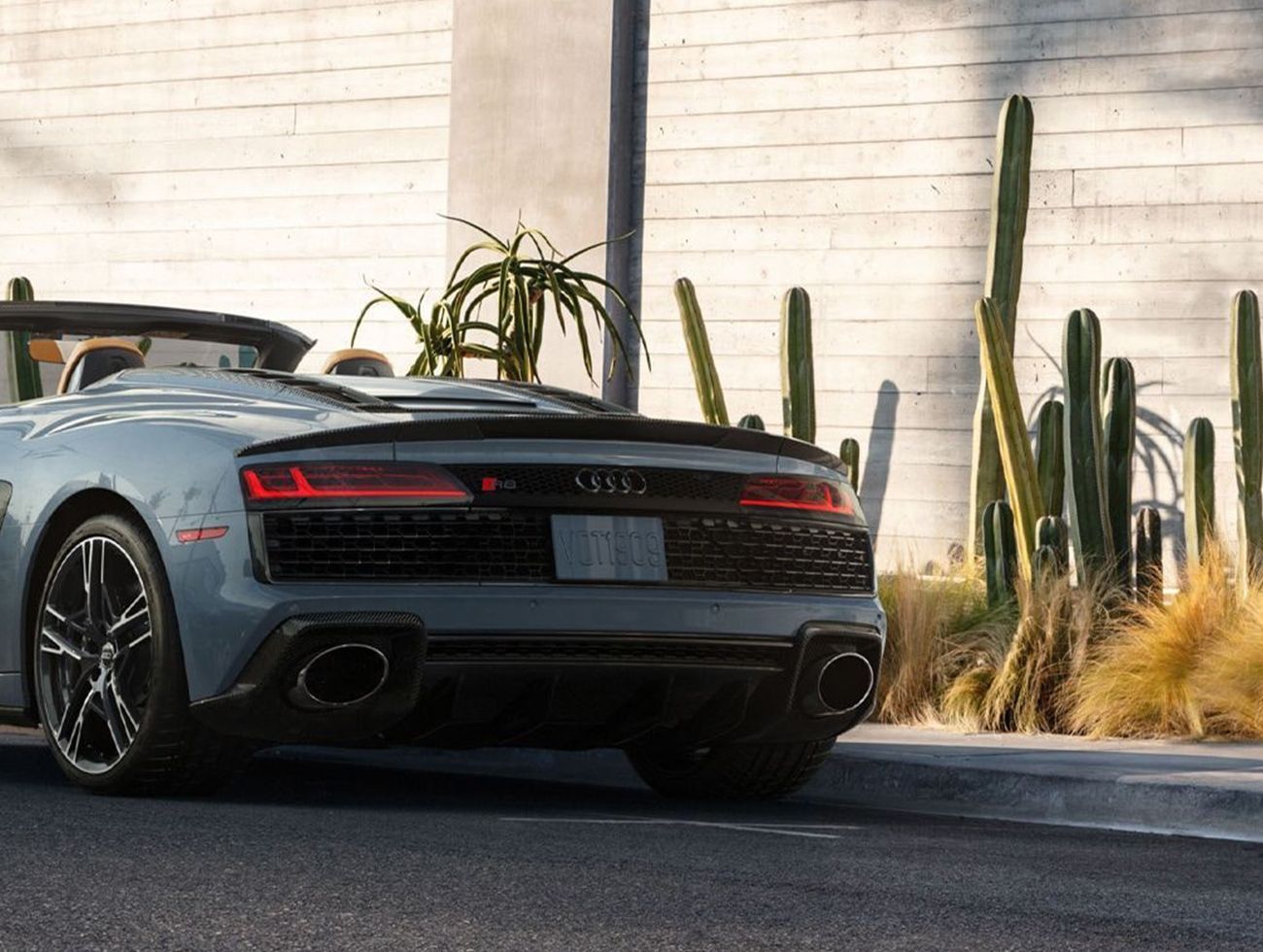 These came about nearly 30 years ago when the second-generation xenon lights were unveiled on the A8 sedan, Audi’s flagship automobile. When you compare today’s version with the sealed-beam halogen lamps of yesteryear, Audi's current DML headlights are like something out of a science fiction novel. They send a wide swath of light to the road and also selectively dim certain areas of this field to avoid blinding drivers in the opposing lane. These lamps can also project lines onto the road ahead to help you keep the vehicle centered, they can detect and selectively illuminate pedestrians that are near the roadway to improve safety and they can even intelligently dip the beams as you pull up to a stopped vehicle so you don't dazzle the other driver's eyes. This is seriously cool stuff.

Each lamp assembly includes a digital "micromirror" device, aka DMD. Those DMD chips contain1.3 million tiny mirrors that are just a few hundredths of a millimeter long. Using electrostatic fields, they can be adjusted up to 5,000 times per second, which is how they're able to turn on or off certain parts of whatever field they illuminate. They work with the vehicle's forward-facing camera that's also used to enable features like lane-departure warning. 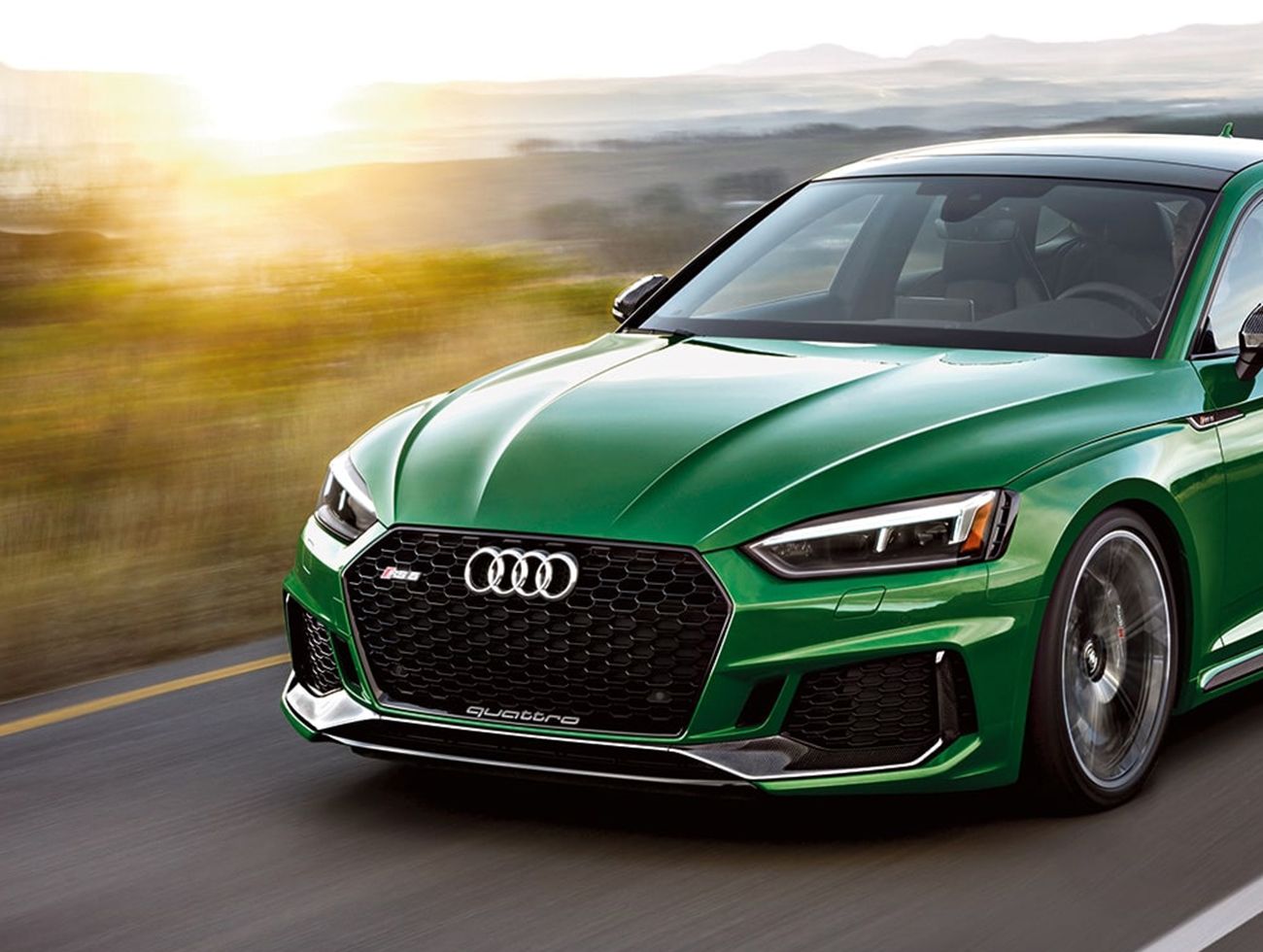 In the Audi e-tron Sportback, this digital light performs multiple functions. It can generate dynamic leaving- and coming-home animations that appear as projections on a wall or on the ground, according to Audi. It transforms the area in front of the car into a carefully illuminated stage, a path of pure light. Not only does the digital light system deliver cornering, city, and highway lighting as versions of the low-beam light with exceptional precision, it also supplements the high-beam light by masking out other road users with even greater accuracy.

You also enjoy innovative functions such as lane light and orientation light. When you’re on a highway, lane light creates a carpet of light that illuminates the driver’s own lane brightly and adjusts dynamically when he or she changes lane so that you don’t blind others. This not only improves the driver’s awareness of the road but it improves road safety overall.

Additionally, the orientation light uses darkened areas masked out from the light beam to predictively show the vehicle’s position in the lane, thereby supporting—especially on narrow roads or in highway construction zones—the safe lane centering assist. 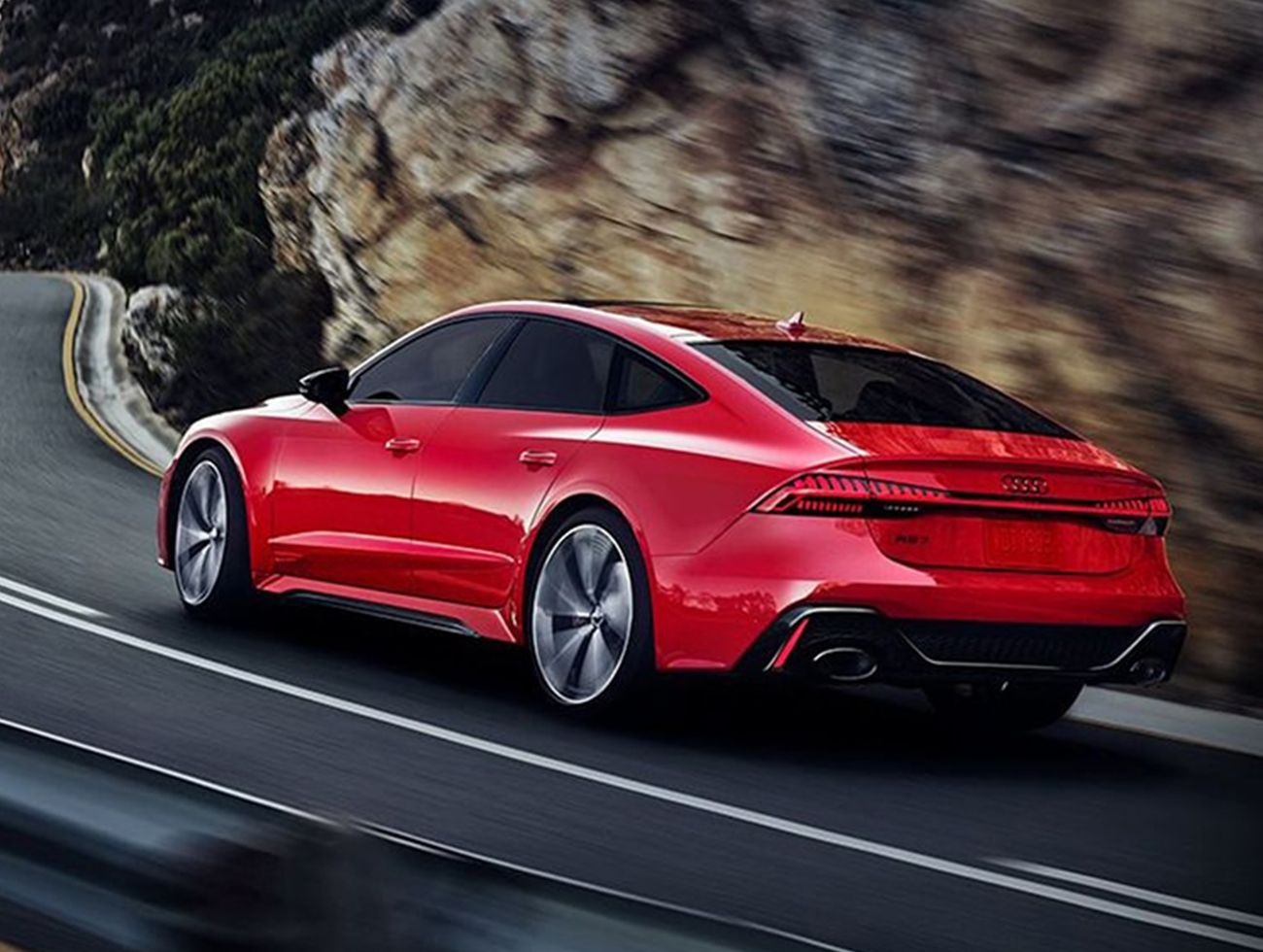 Want to double the range of your high beams? You might be interested in models that carry Audi laser lights. A small laser module in each headlight generates a light cone that extends several hundred meters as a spotlight, according to Audi. The monochromatic and coherent blue laser beam has a wavelength of 450 nanometers. A phosphor converter transforms it into white light suitable for roadway use with a color temperature of 5,500 Kelvin – ideal conditions for the human eye: Drivers enjoy greater contrast and tire less quickly. The laser spot, which is active at speeds of 70 km/h (43.5 mph) and above, also offers significant visibility and safety advantages. The laser spot dims automatically if the camera mounted on the windshield detects other cars within its range. 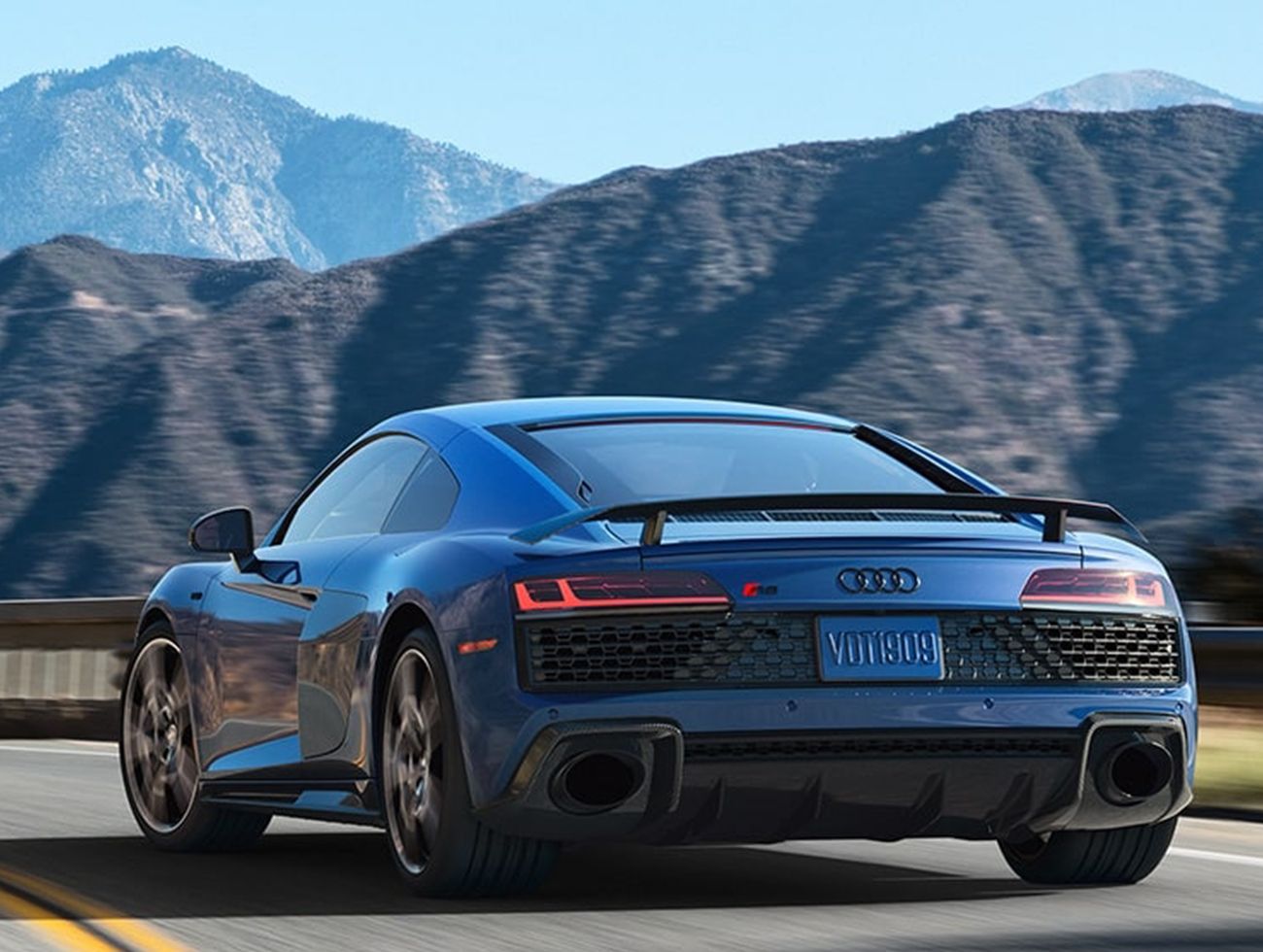 LED headlights not only offer a high level of efficiency, they also offer significant benefits in terms of safety and comfort. They have a color temperature of around 5,500 Kelvin, and their light resembles daylight and causes almost zero eye fatigue, even in the dark and in poor driving conditions due to weather. In fog and precipitation, for instance, they cause the driver less glare. The LEDs are maintenance-free and designed to last the life of the car. The give the Audi models a distinctive look and strong accents with their innovative daytime and nighttime designs.

Depending on the model the LED headlights are designed in various ways. Take, for instance, Audi A5. In that model, 26 LEDs per headlight provide all lighting functions. In each headlight, 14 LEDs generate the low and high beam lights, supplemented by a module for the all-weather and turning lights. A light conductor on the upper border of the headlight generates the daytime running lights, parking lights and turn signal lights. There are special illumination functions for intersections, country roads, expressways and poor weather – and their interplay with the navigation system makes their range of performance even greater. 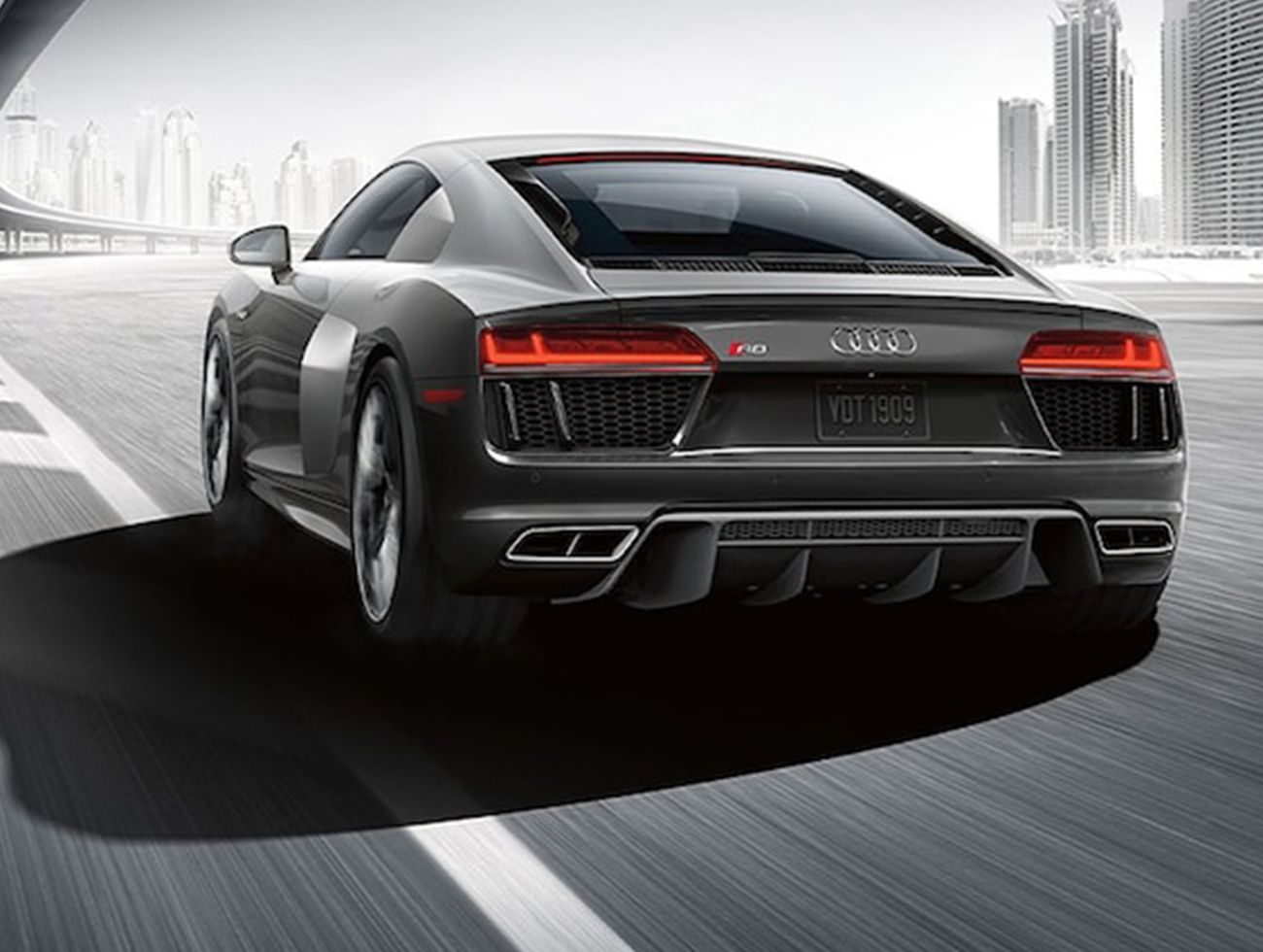 In some models Audi uses rear lights that have OLED technology, organic light-emitting diode. Two electrodes – at least one of which is transparent – are found in each unit and incorporate numerous very thin layers of organic semiconductor materials. A low DC voltage between 3 and 4 volts causes these layers, which are unfathomably 200 times thinner than a human hair, to illuminate. Unlike point light sources such as LEDs, OLEDs are surface light sources. Light achieves a new level of homogeneity, with dimming that is continuously variable. There's no harsh shadows and no need for reflectors, light guides or similar optical parts. This makes the OLED units efficient, lightweight and perfectly homogeneous. 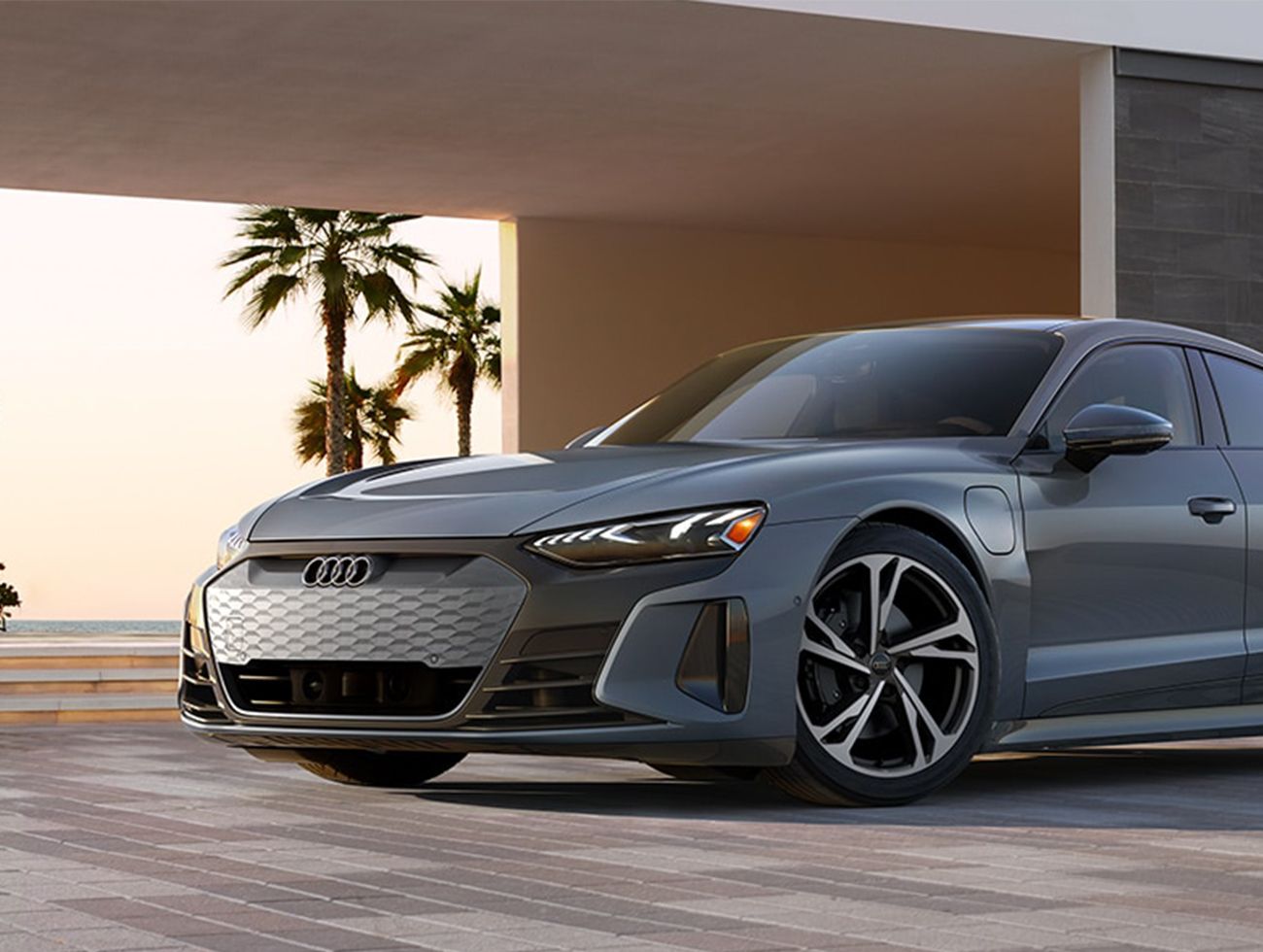 Xenon headlights are gas discharge lamps with two tungsten electrodes that are fused into a thick-walled quartz glass bulb that is filled with xenon gas, also known as the burner. A concentrated arc of light is produced between them – a process in which the enclosed noble gas fill exerts a pressure of up to 100 bar. The xenon gas itself lights in more of a violet hue, but metallic salts contained in the glass bulb reduce its color temperature to 4,200 Kelvin.

You will find that Xenon headlights deliver a much brighter light and achieve better illumination of the roadway than halogen lights with incandescent bulbs. And their energy consumption is around 20 percent lower so their life is much longer. Audi offers what are known as xenon plus headlights in some models. Here a single burner generates both the low and high beams, and they are switched by a movable shutter.