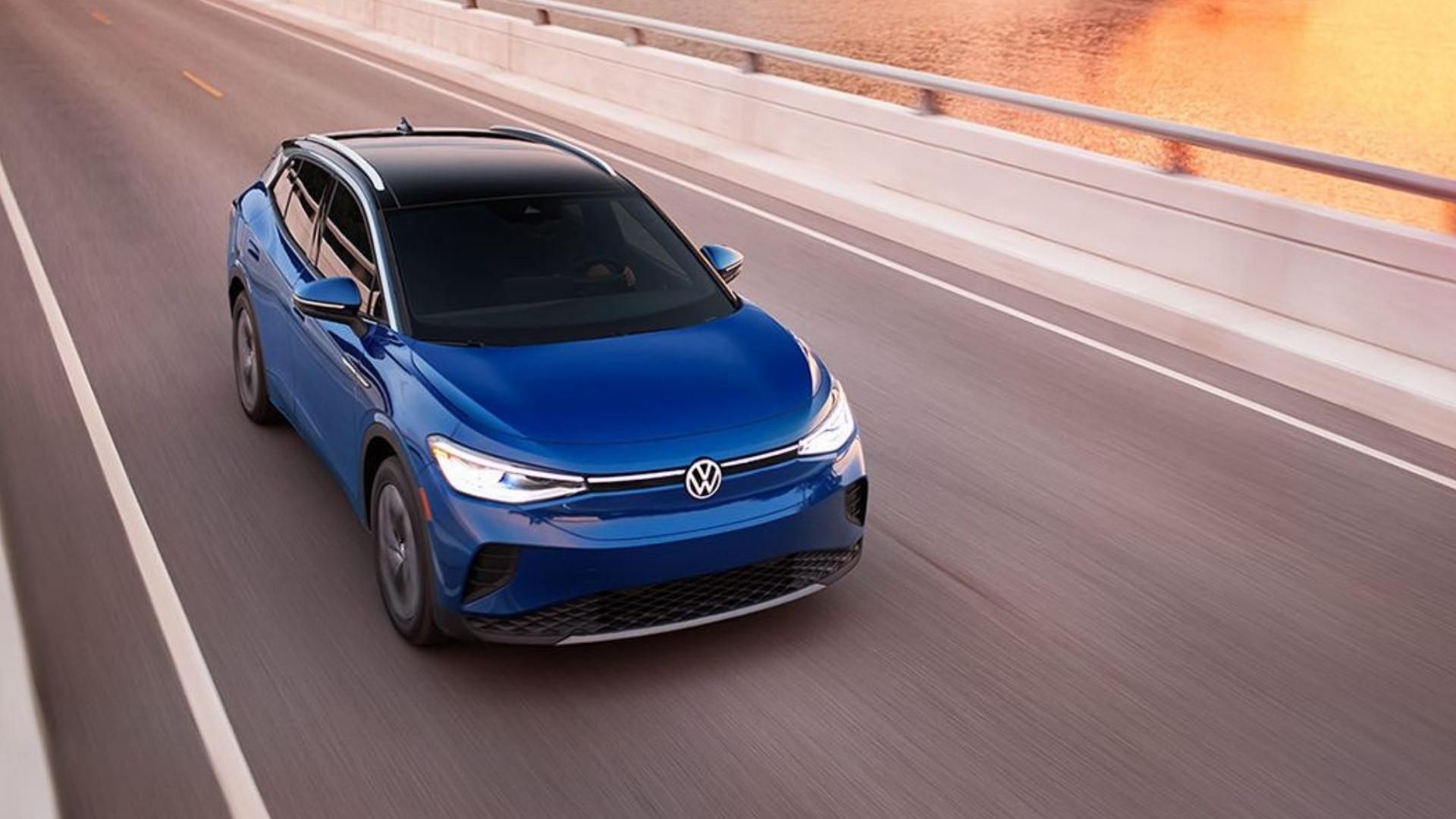 Are you looking to upgrade your vehicle? Car modification has been a long-term strategy vehicle owners use to mold cars to their liking. Unfortunately, not all car parts are upgradeable, and it usually depends on the car model in question.

European car brands, in particular, are easier to customize because of the availability of their aftermarket parts. Whether you want to increase horsepower, improve handling or rectify some faults within the system, European cars can afford to do that.

Read on to find out which brands from Germany, Britain, and other exclusive car brands in Europe make the list. 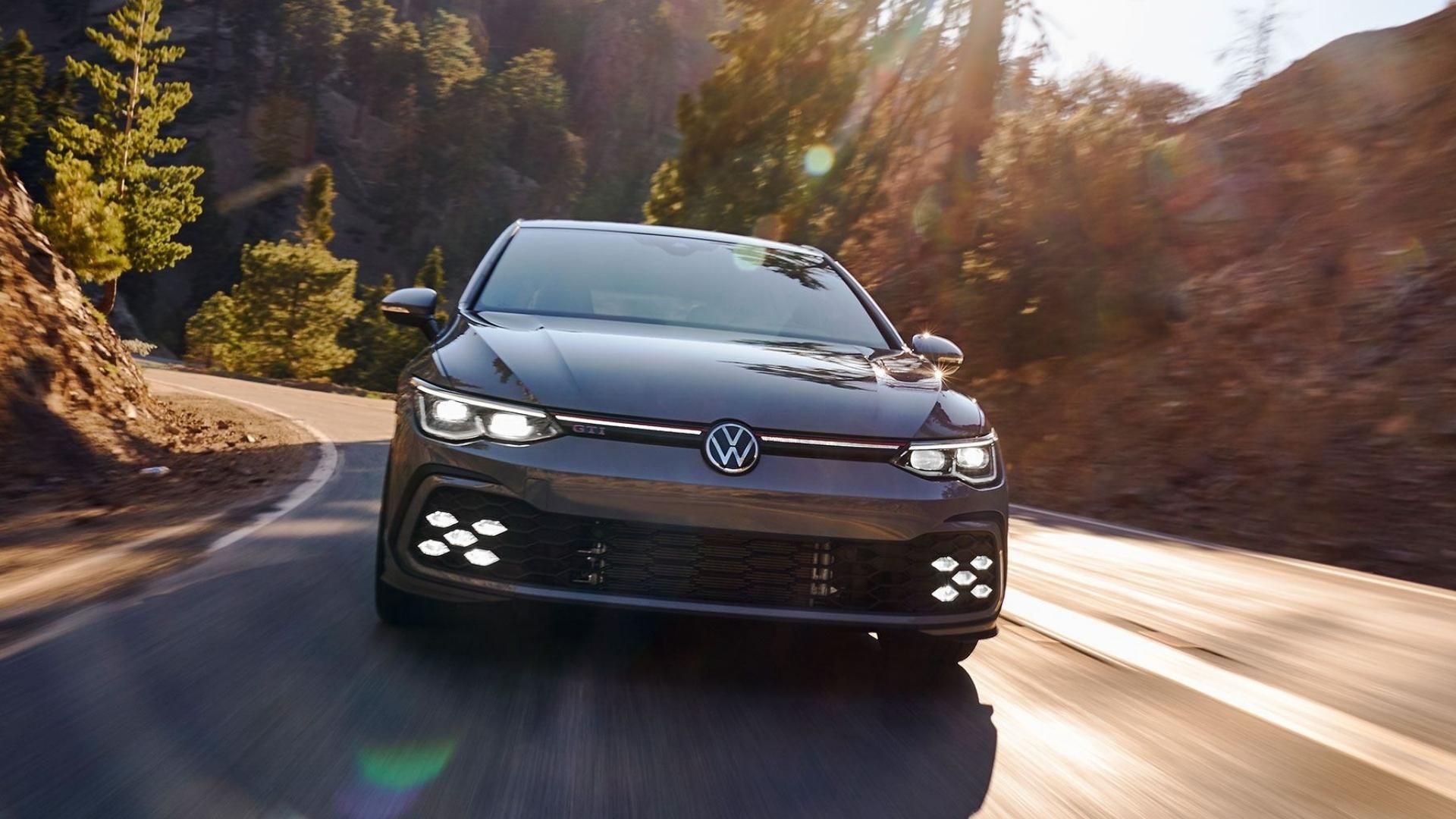 Volkswagen has been a long-time European car manufacturer, releasing some of the best automobiles to date. Since the 1930s, when the first Volkswagen came out – the Volkswagen Beetle, subsequent releases have been nothing short of superb. It’s no wonder Volkswagen is among the most cars sold till today.

What makes Volkswagen so special, you wonder? Well, the not-so-secret is customization. Most Volkswagen types can undergo both simple and complex procedures on their body to improve overall performance.

First and foremost, the air-cooled engine is swappable with something less demanding. The brakes can also be streamlined for easier adjusting, especially in Volkswagen GTI and Volkswagen Golf. 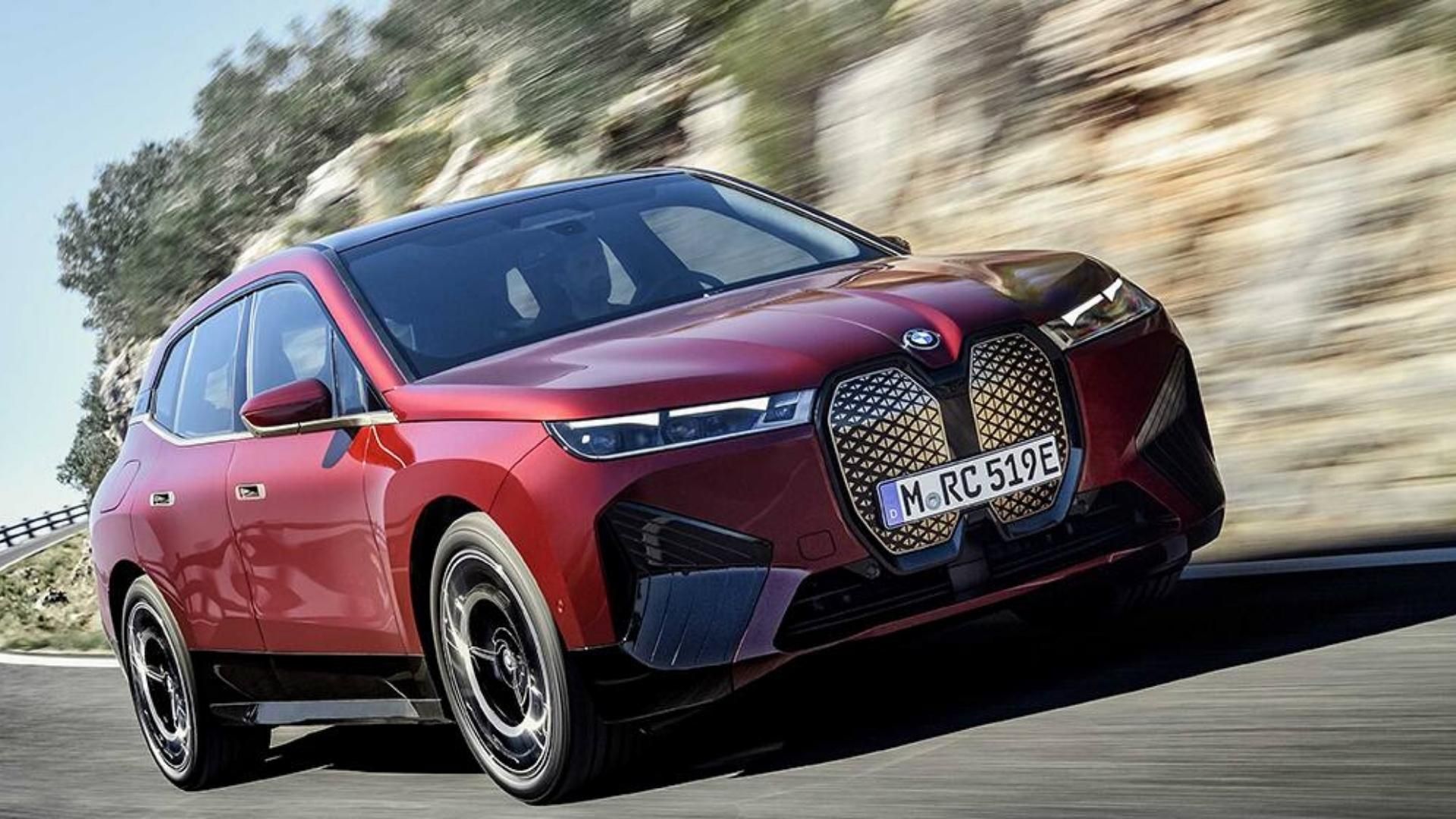 This is easily one of the top three brands, not only in Europe, but the entire world. The reason why BMW is so popular is because of the car modifications the car types can accommodate at once. From BMW 303 to BMW 3 series, transforming these babies is as straightforward as they come.

Let these BMW models serve as an example of BMW custom aftermarket modification:

BMW M3 of the 3-series was a gem that graced the cover of car magazines worldwide. Because of its easily customizable interior, the M3 has become a popular option for US residents, as well.

Although a mid-ranged BMW, the 335i is customizable in several ways, plus the aftermarket parts are readily available. One area owners like to improve the most is the N54 engine to boost vehicle power on the road. 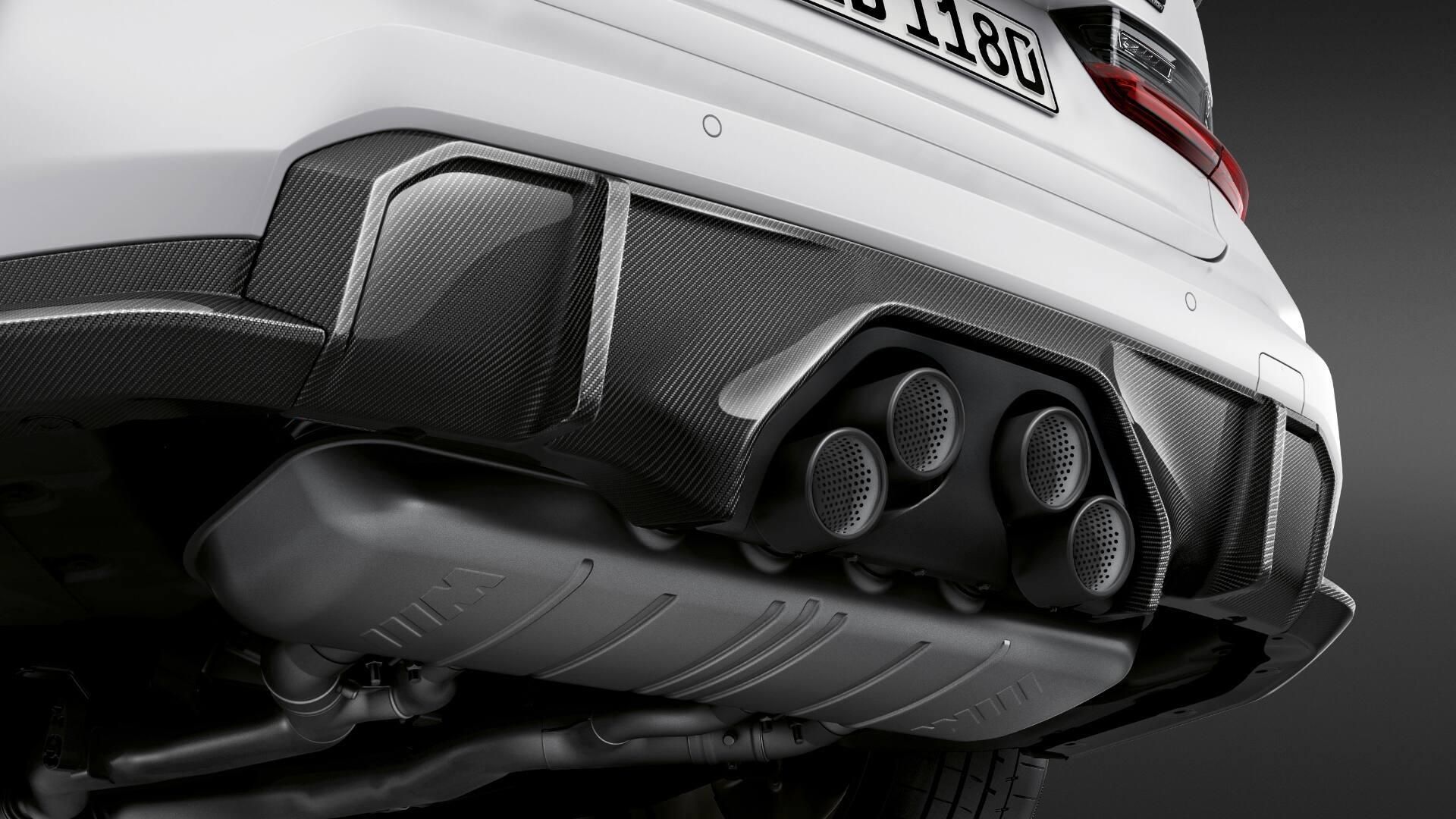 Among the generation 3 series models, the BMW E30 is a classic. This is not only because it's been around for years, but also the light and balanced build. It has every aftermarket part you can think of. From suspension kits to turbo kits and even engine swap kits, this model is customizable in different ways. 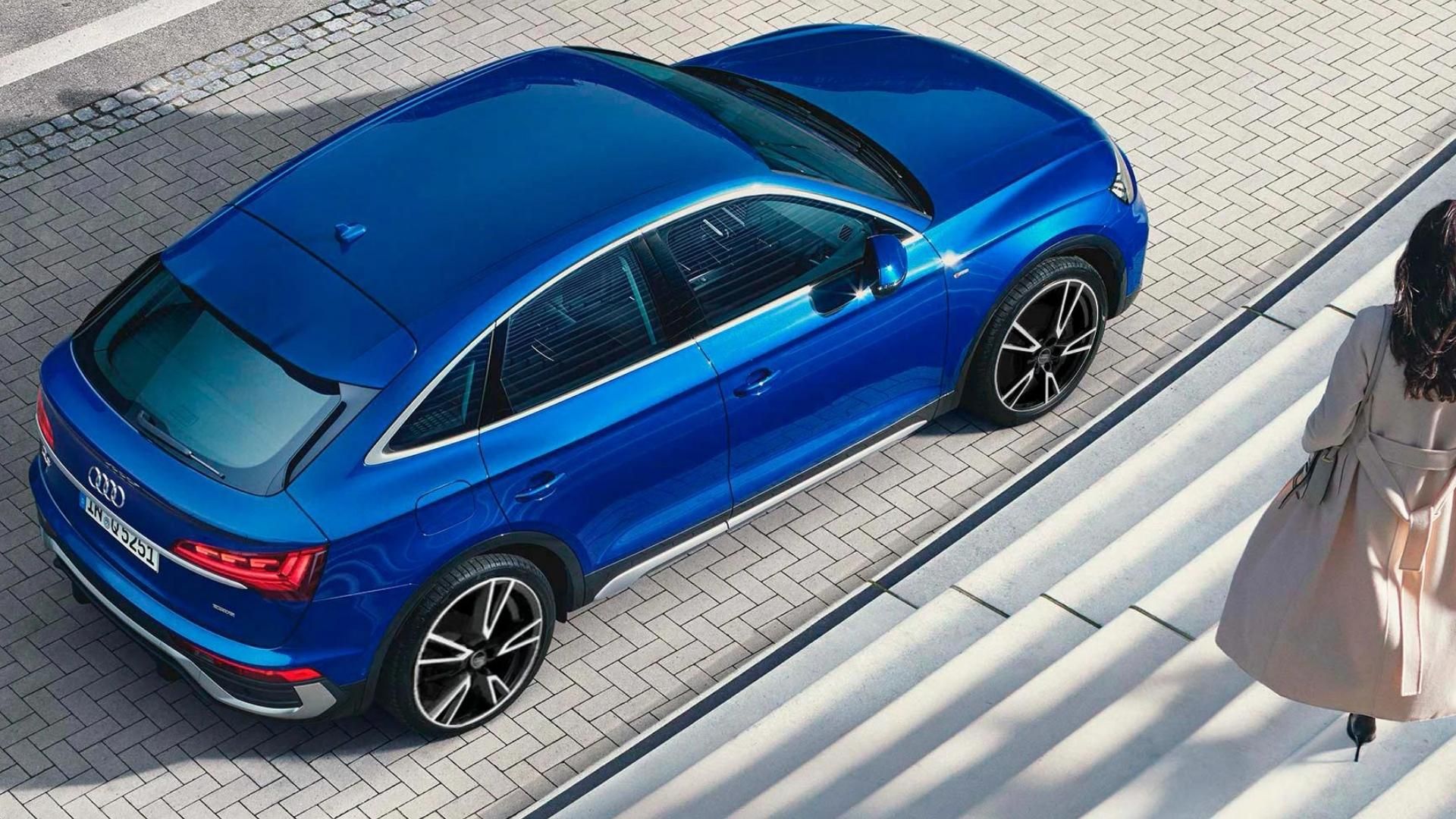 In Europe and perhaps the entire world, Audi is the next most recognized car luxury-making brand in Europe besides Mercedes and Volkswagen. There’s little room for error when Audi’s are involved, since they come with a balanced engine, stable suspension, and brake system.,

However, not all Audi vehicles are this coherent, and some could do with a few modifications here and there. The Audi A4 is an example of an Audi that can have tweaks in its system to improve overall performance. In fact, this Audi is one of the most modified by owners worldwide.

Most users focus on upgrading the Audi engine to improve speed and stability on the road. But if you want a more versatile ride, the gears are upgradable, so you can shift through them seamlessly. 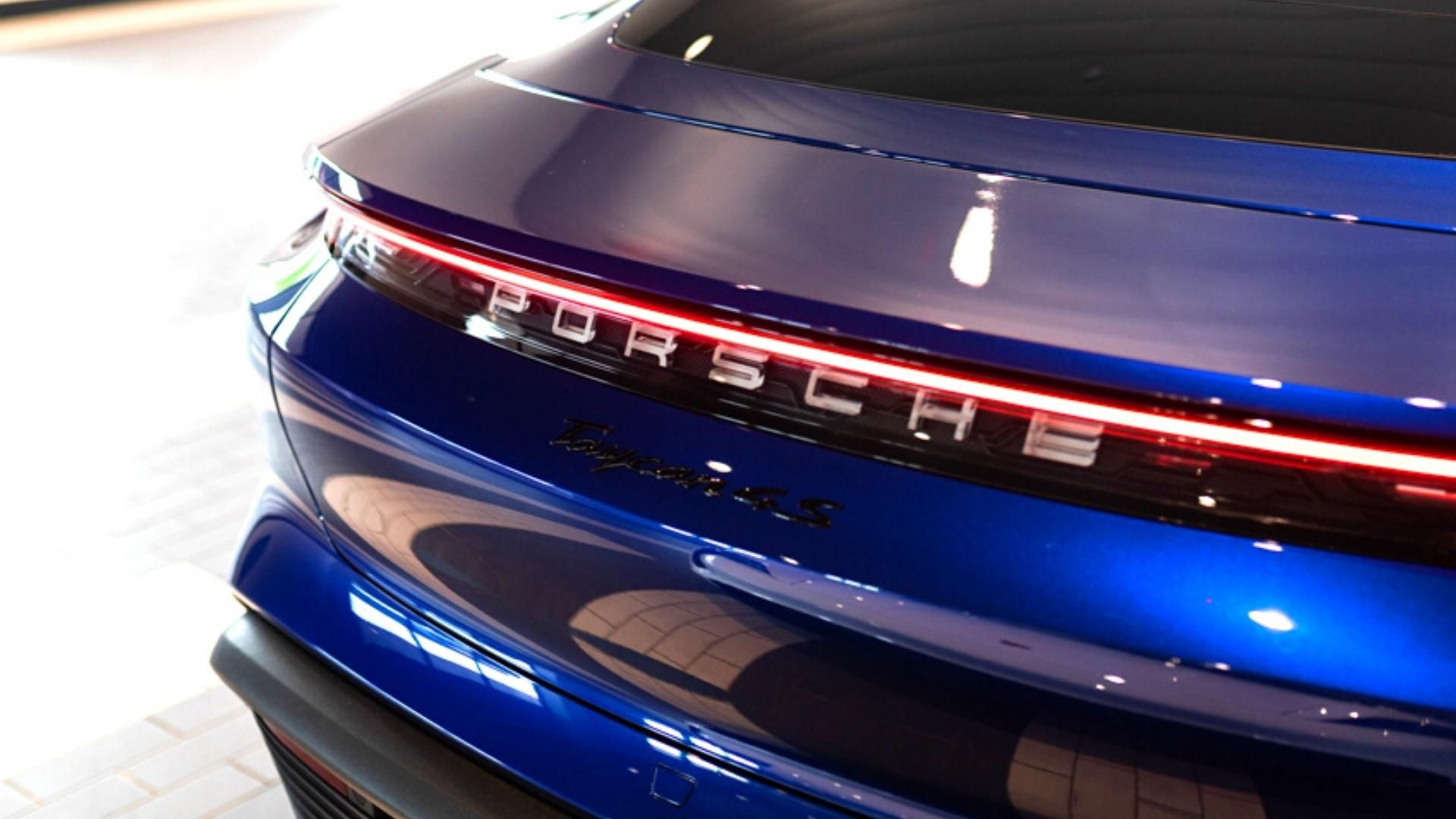 Porsche, since 1968, has produced some of the best luxury cars to date. So there’s no way to mention the European automobile industry without thinking of the performance, convenience, and comfort Porsche care provides.

While there have been different Porsche generations and expect more, one thing remains constant – their room for improvement. The Porsche 996, for example, can accommodate a variety of modifications, but in particular an engine swap.

Porsche 996 owners can swap their default engines with the LS, which is more robust. The Macan Turbo and 911 are other customizable Porsche types that can be turbocharged to increase vehicle power. 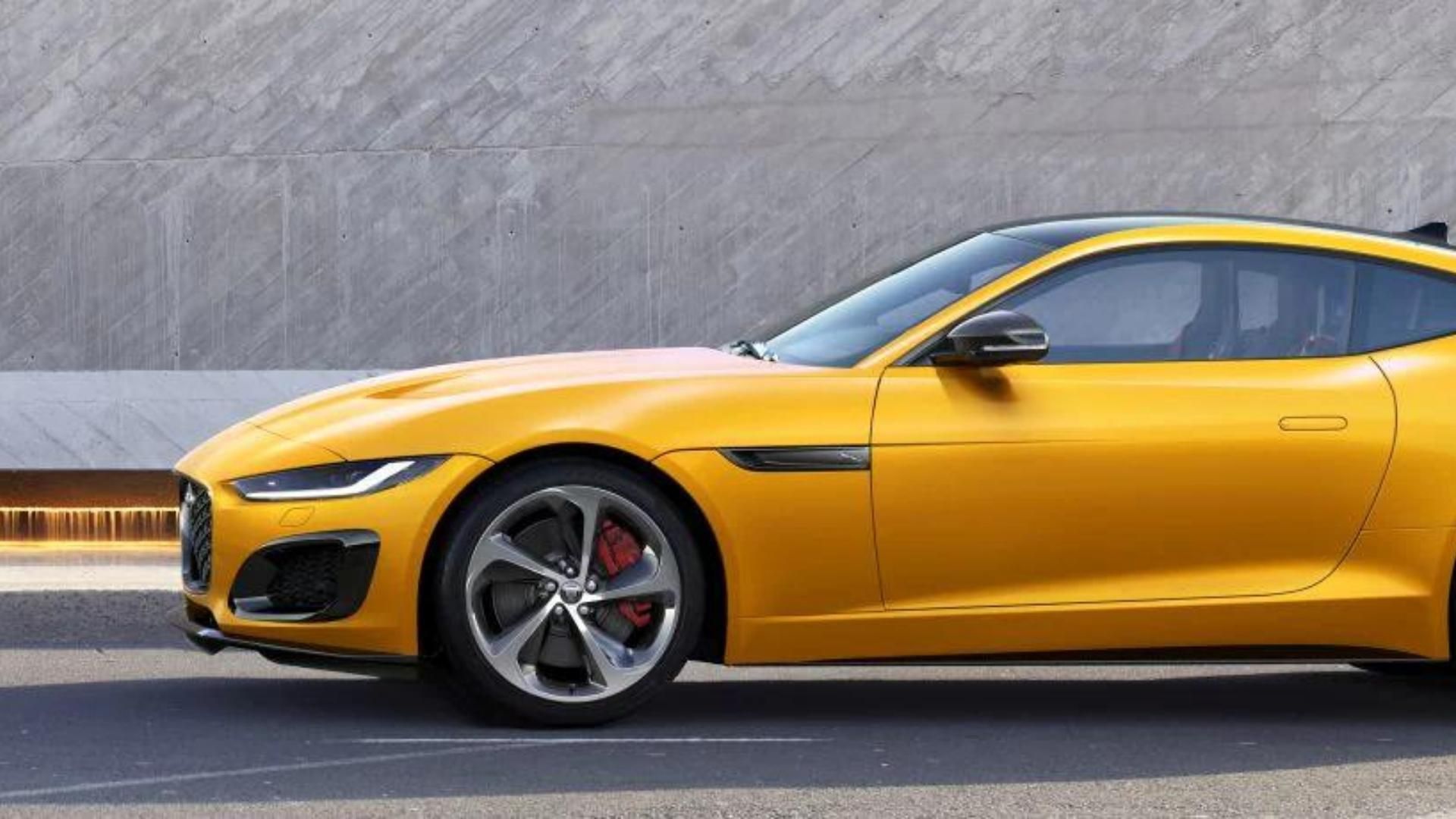 Whenever you hear of Jaguar, the first item that pops into your mind is the leaping Jaguar emblem, which is the brand’s logo. Since the 1930s, Jaguar Land Rover Limited has been a source of luxury vehicles worldwide.

From one-off models to special one-offs, vehicles from Jaguar have been nothing short of impressive. It’s not without a cost, though. Aftermarket Jaguar parts are rare to find, which makes modifying these cars all the more expensive.

On the Brightside, there are numerous ways to modify both inner and outer parts to suit your preference. These Jaguar aftermarket modifications serve as a perfect example of just how fine-tuned a Jaguar can be:

This is among the best Jaguars out there to date compared to others in the XJ series. The car looks and feels good on the road, but it can be difficult to drive without scraping it because of the low air suspension.

An aftermarket suspension modification raises the air suspension to a custom size that allows a smooth drive. What’s more, this modification is flexible in that the vehicle returns to default suspension while parked and readjusts while on the road. 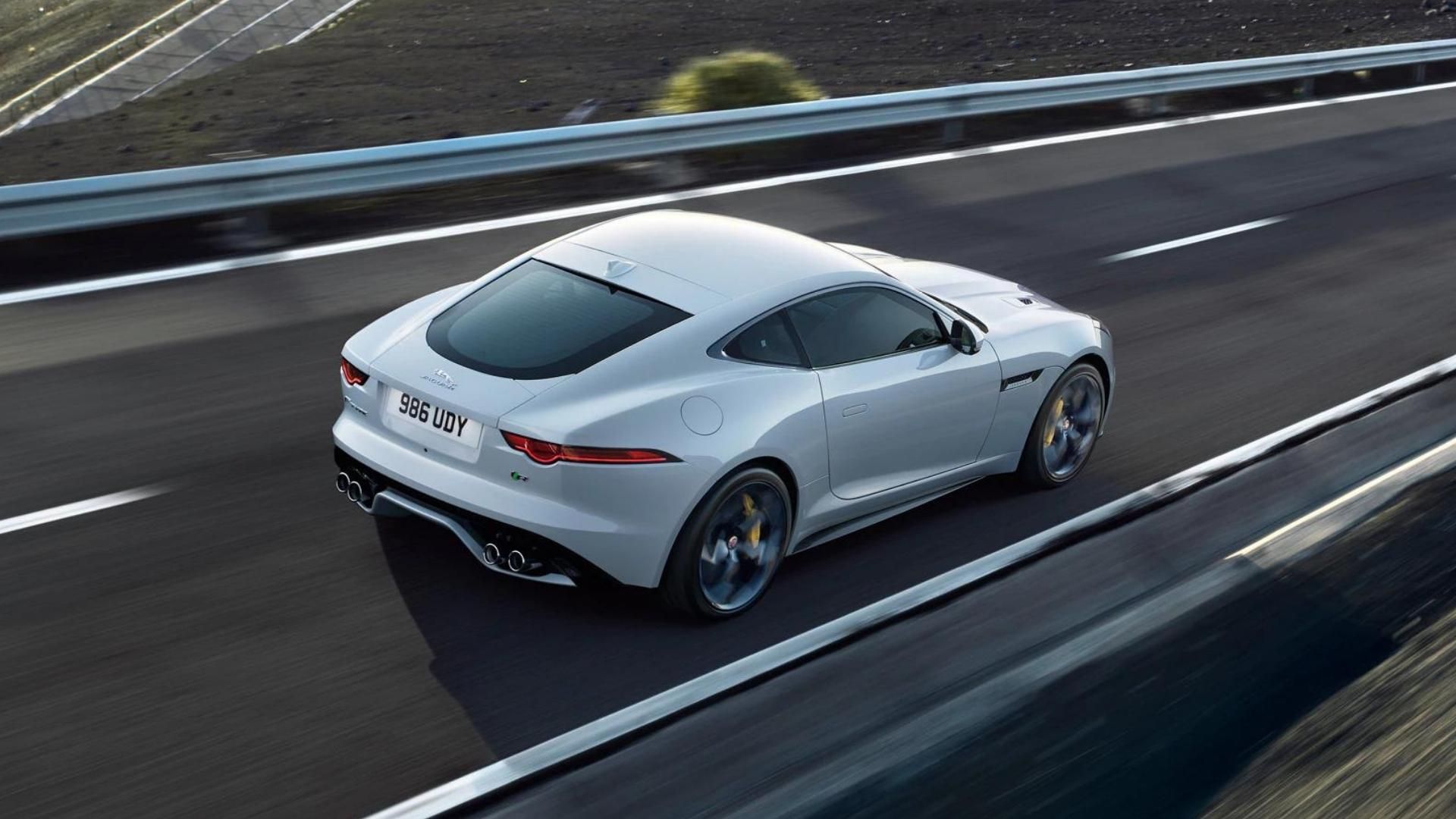 There’s little to improve on the Jaguar XKR, since the car has it all – speed and a supercharged engine. However, even the best car models have areas that require improvement. This Jaguar, for example, can undergo a full body kit transformation to improve its overall design.

Both inner and outer panels can be replaced, the car rear lighting improved, and the bumper simplified. This doesn’t mean the Jaguar XKR can’t be tuned in other ways. Talk to a certified aftermarket part dealer to get an idea of the customization process.

This is by far one of the special Jaguars to ever hit the market during the 1990s. In fact, in 1991, the car was named among the fastest in the world and held the Guinness World Record for the fastest car at the time.

It doesn’t have the best build in the market, so it can undergo several custom modifications. One of the areas you may like to modify is the “sedan-like” tail lights, which can be replaced by almost any other luxury car. Other improvable areas on the Jaguar XJ220 include the rims and the carbon accented interior. 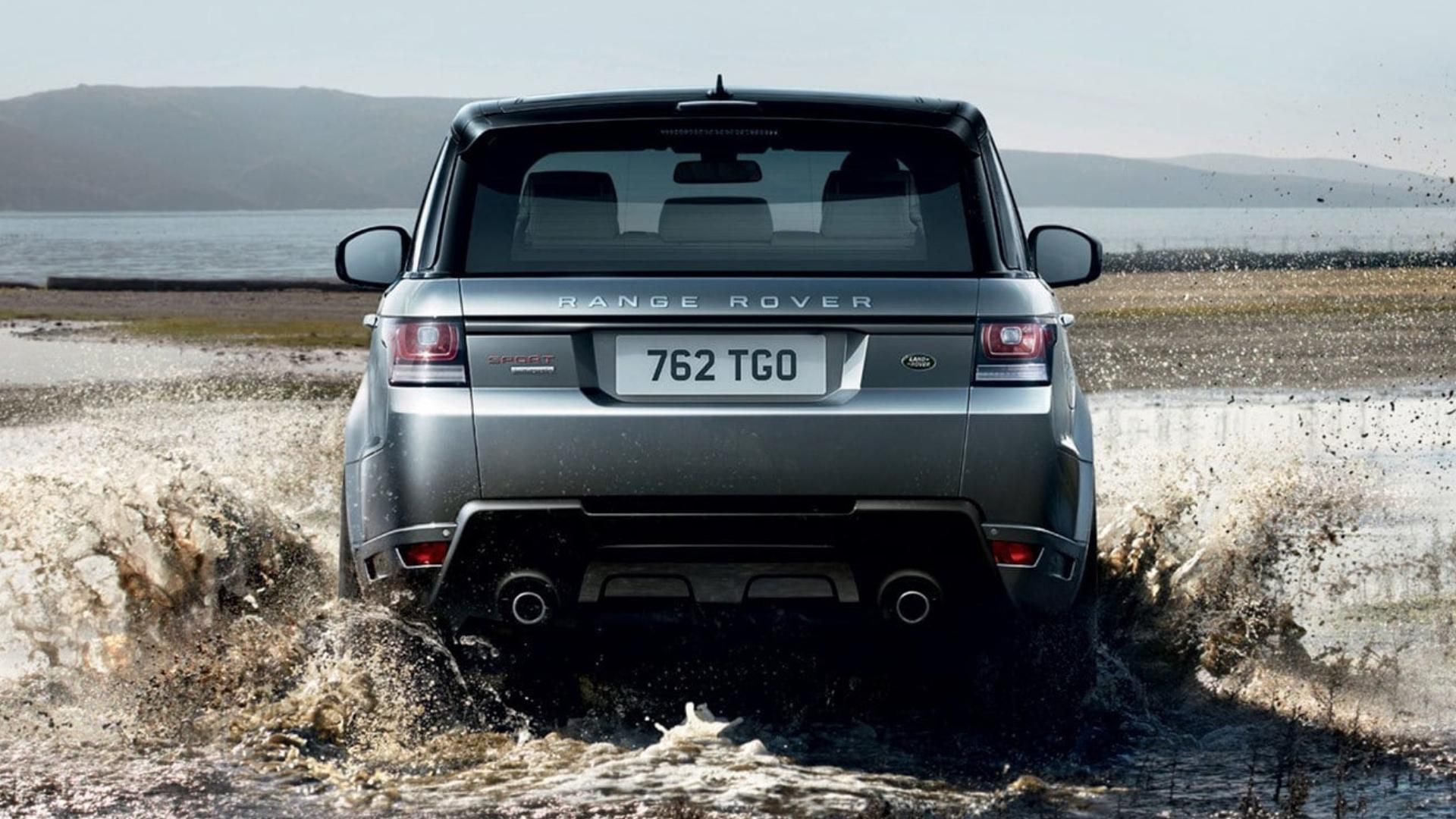 Landrover is a British-based company popularly known for producing the Land Rover series and the now famous range rover series. Coming from the same manufacturing company as Jaguars, expect nothing short of lasting automobiles in the market.

Furthermore, since Land Rovers are among the most customizable cars on the planet, there are numerous ways to design them to your taste. Whether you’re customizing for an off-road experience or a daily drive to and from the office, these are the parts you can change:

If you want to improve the overall performance, whether through speed, torque, power, or efficiency, modify the engine. There are about seven engines compatible with the Land Rover, which can improve the car’s performance, including petrol, diesel, and even electric hybrid engines. It all depends on your choice of fuel, speed targets, expected horsepower, and budget.

Another one of the Land Rover's customizable parts is the vehicle's suspensions, despite already having robust suspensions. For a smoother ride, Land Rover owners can install better shock absorbers and even replace the coil springs to suit their preferences. 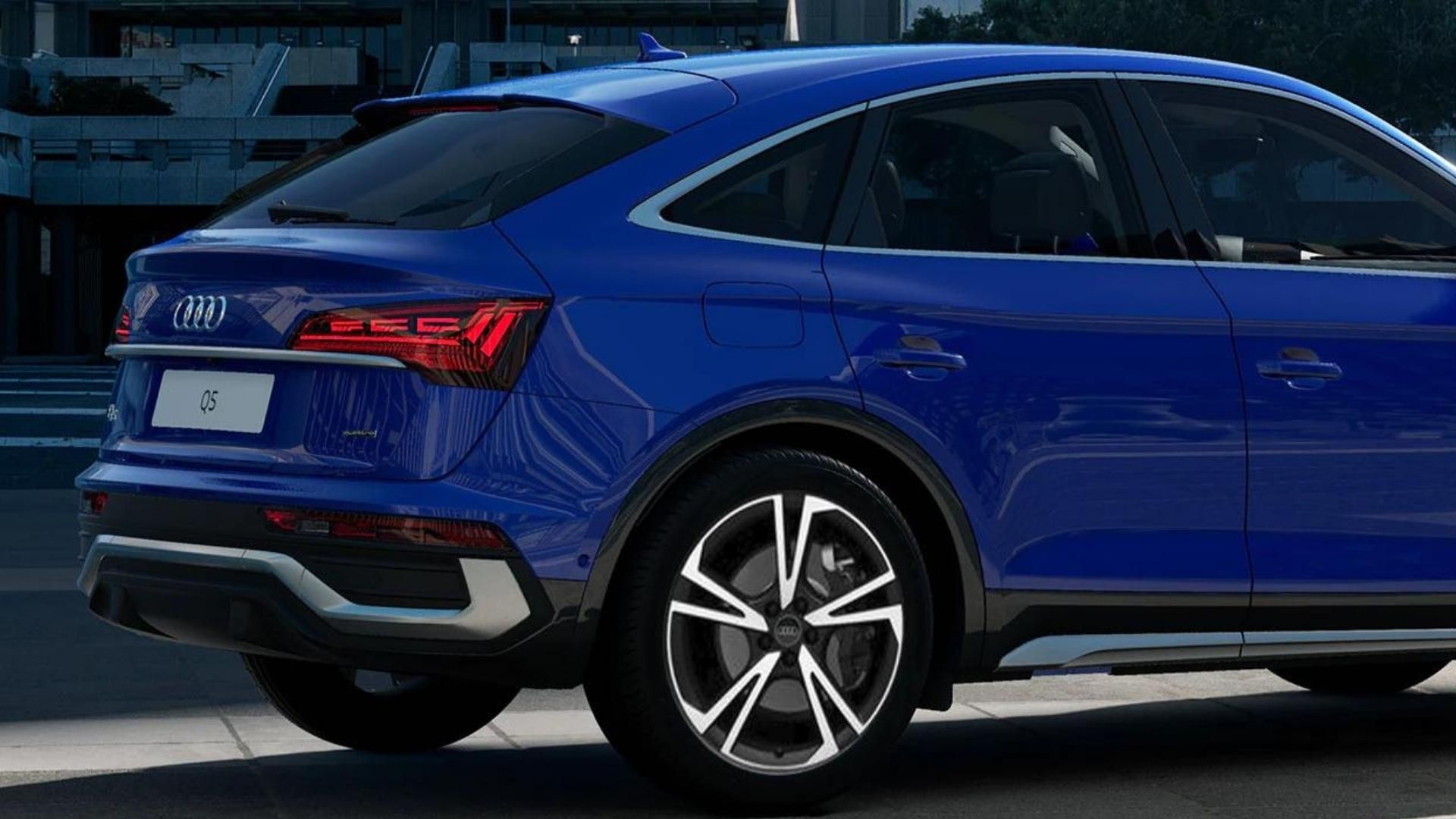 Wheels are an essential component of the Land Rover, since they influence the vehicle's durability, style, and balance. The best aftermarket Land Rover wheels can improve the aesthetic and practical nature of the car while on the road.

When it comes to wheels, you can either go for steel or alloy. Just know that steel wheels are harder to fit into tubeless tires because they corrode fast. On the other hand, alloy wheels hold air longer, are more secure and balanced on the road. 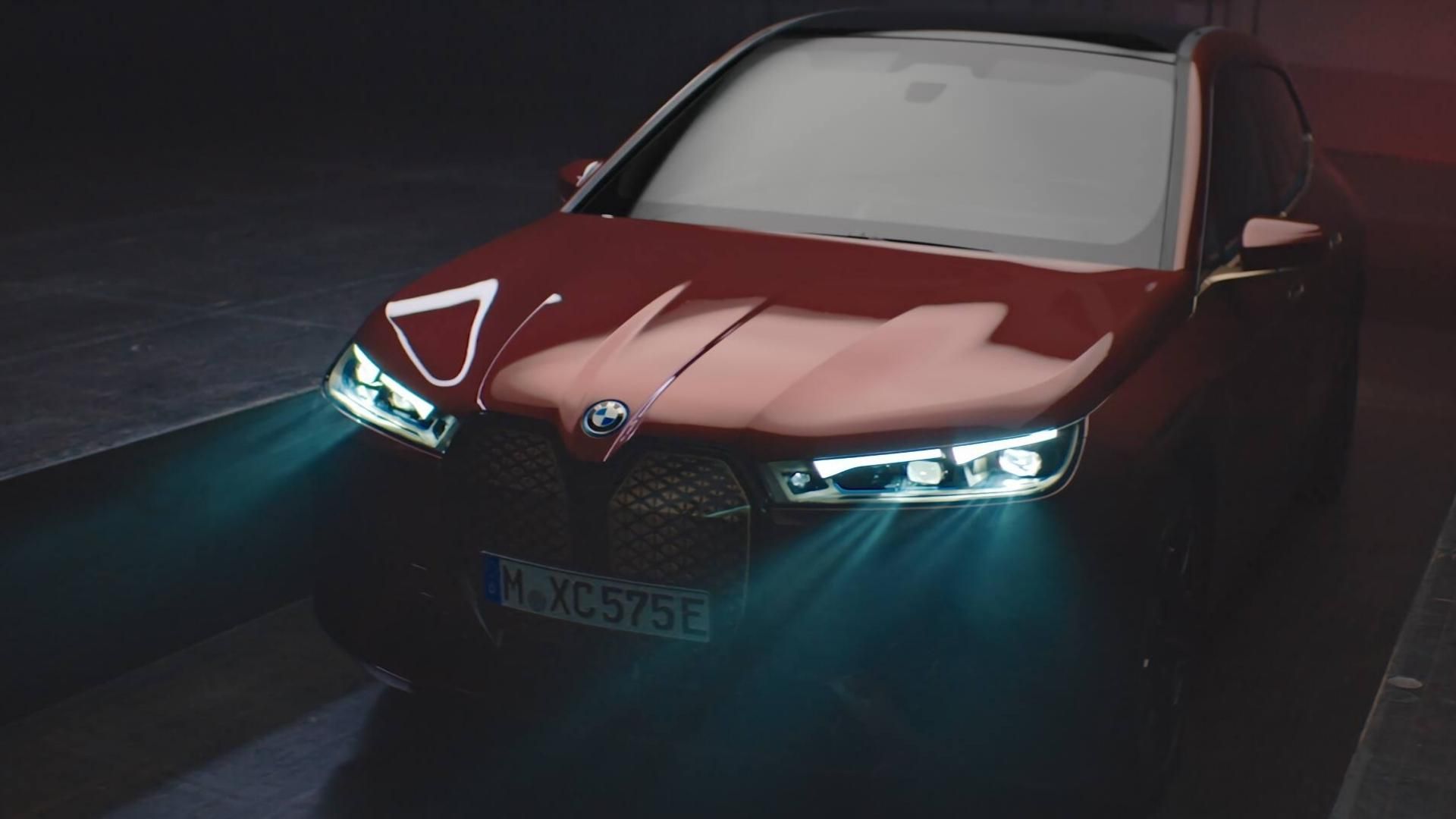 Land Rovers go on off-road escapades more often than not. So, an off-road Land Rover needs to have extra lights to improve visibility, especially in adverse weather conditions. Lights are affordable, but all off-road vehicles need to be IP67 rated, which indicates they’re waterproof and dustproof.

Roof customization is one of the exterior modifications you can perform on a Land Rover. One practical roof improvement is installing roof racks. This is essential for drivers who go on outdoor adventures and want to carry a few items, such as camping equipment.

If you prefer style over practicability, the second-best way to customize the roof is by adding a sunroof. With a sunroof, you can enjoy the natural weather while driving around and enjoy the luxury that comes with it. Just know that, unlike roof racks, sunroofs aren’t a DIY, so you need professional installation.

If you’re looking to enhance your car's capabilities, aftermarket parts are essential to your goal. In case your vehicle falls under any of these, the custom aftermarket modification is readily available.

For the best aftermarket parts for these European automobiles, contact us and get a variety of parts at discounted rates. We’ll even install these parts at no additional cost, no matter what the European car brands are.